A proud, lifelong resident of the Annapolis Valley, Josh Noiles grew up in Brooklyn, Hants County, and from a young age, developed a deep love of community, a keen sense of humour and a passion for people.

Windsor is his beloved hometown, where he graduated Class President of Avon View High School in 2005. After attending Acadia University in Wolfville, Josh began a career as a Licensed / Registered Funeral Director, Embalmer and Commissioner of Oaths at the historic DeMont Family Funeral Home (formerly Lohnes', founded 1922), with which he is still associated. After some participation in municipal politics in 2016, Josh received the appointment of Justice of the Peace and takes great joy in officiating wedding ceremonies all over the province. He enjoys volunteering, acting as MC at various events, and working with kids in his long-running role as drama instructor at the Nova Scotia Choral Federation’s acclaimed “Sing Summer” music camps in Berwick.

Aside from friends, family, film and food, Josh’s personal interests largely involve music and old cars. First and foremost a drummer, he can often be seen (and heard!) playing his cherished vintage kits on stage with a number of local bands. His musical taste is wide-ranging and eclectic and he's always up for a jam!

Obsessed from childhood with all things automotive, Josh has become a true classic car enthusiast, collector, historian and is a member of several antique automobile clubs and associations. He loves driving his aged Cadillacs and “boattail” Buick Riviera, or just spending time with his brother, Matt (a Red Seal Automotive Technician), their dad, Art, and likeminded buddies in “The Noiles Bros. Garage” wrenching on their beloved old vehicles while enjoying a laugh and a hot cup of tea. A fixture at shows and swap meets far and wide, Josh enjoys exploring junkyards, cruising to the drive-in, the drive-thru, and sharing his passion ad nauseam with fellow aficionados or anyone who’ll listen.

Considering his previous experience and lifelong desire to help others, for Josh, answering the call to become a Realtor® was only natural. As a funeral director, he is used to assisting individuals and families with monumental decisions and providing calm, calculated, compassionate, and confident guidance at sensitive times. He has an eye for detail, is openminded, optimistic, organized, understanding as well as accustomed to being available all hours at the drop of a hat. Born and raised in Nova Scotia, and forever traveling its highways and byways, he has intimate knowledge of the province. Josh can relate to and connect with all ages of people, from all walks of life, and he maintains a diverse and sizeable network of contacts. Working closely with many couples as a Justice of the Peace has afforded him meaningful insight as to what the families of our region aspire to, long for and need, no matter the stage of life in which they find themselves. Approachable and affable, Josh is a true people-person. He is tirelessly energetic, well-intentioned, capable, caring, comedic, courteous and kind.

So, whether it’s spousing or housing, lots or plots, mortgage or mortuary, marrying or burying: Josh is your man! For down to earth, easy going and upbeat assistance with any of your real estate needs, enlist the sincere services of Josh Noiles, The Riviera Realtor®. It would be his honour and pleasure to help you. Get in touch to meet him for a coffee, cruise, chat and chuckle today: it's better working with a friend!
CONTACT AGENT

What’s My Home Worth

Complete this form for a no-obligation current market evaluation of your home or property.

This evaluation is not a complete picture of the value of your home, but gives you a better idea of the potential value of your home in the current Real Estate market. I will consider things like; the type and age of home, previous sales and listing history, as well as the value of similar homes in your area.

There are some additional factors to consider when completing a full evaluation of your home’s value, and I can help you with that as well!

Get your FREE Market Evaluation

Curious about what homes are selling for in your neighbourhood? Thinking about buying a home in the area?

Simply select your neighbourhood from the dropdown list to see the updated market stats for that area. Statistic information is updated monthly, showing a picture of what is happening in the residential real estate market.

Contact me for a comprehensive look at your neighbourhoods and homes of interest!

Select Your Community Below

The Power of Working with a Royal LePage Atlantic Agent

A nationally recognized real estate brand, Royal LePage has been a proud Canadian real estate company since 1913. With a service-based culture and comprehensive suite of services, Royal LePage sets itself apart from competitors. 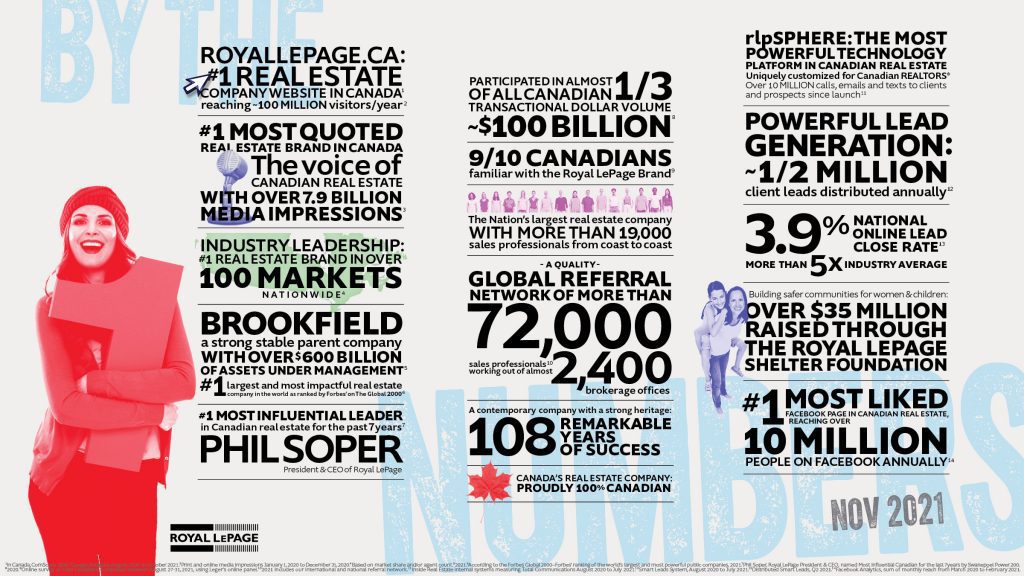 With a full team of support staff available, as well as over 200 agents in-house, there are a great number of resources available that will help make your next Real Estate experience a smooth and successful one!

Commitment to the Community

WE SUPPORT OUR LOCAL COMMUNITIES

Royal LePage is the only Canadian real estate company to have our own charitable foundation.

Our real estate professionals and offices have raised more than $16 million to help Canadian families. 100% of every dollar raised goes directly to supporting women’s shelters and violence prevention.

We work with local women's shelters in every community that we service, through a variety of fundraising events like our Agent and Staff Charity Bake Sale Auction, Walk a Mile In Her Shoes®, Community Barbeques, Agent Commission Donations, and so much more!

5 Summer Projects to Boost Home Resale Value To get the best return on investment (ROI), you can put a priority on jobs that are likely to be more valuable […]
Do you like it?3
Read more
Partnership Programs

As a national brand, we have a variety of products and services that will help assist you in your move, decorate or renovate your new home, or a little something to celebrate this major transition in your life!

From junk hauling, painting, moving, and house detailing, we’ve got everything covered, inside and out! Helping you out by offering amazing discounts on great services with special agent promo codes. Some of our national preferred suppliers are Bed Bath and Beyond, Tiffany & Co, Whirlpool Canada, 1-800-GOT-JUNK, Premiere Mortgage Centers, any so many more!